After the Honor Play 7x, Honor is all set to launch another smartphone with an 18:9 Display but, this time it’s probably a flagship. According to a new exposure , Huawei has recently rolled out an invite in UK for an event on December 5. This is how the invite looks like… 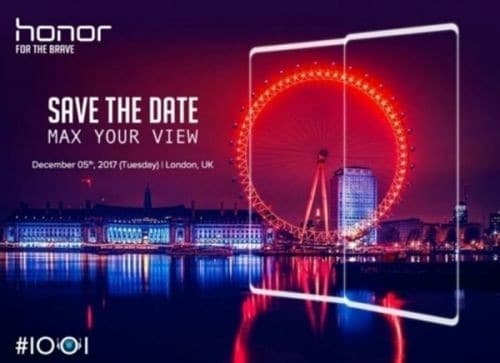 The invite clearly shows a device that has an 18:9 Display with almost zero side bezels & really thin top & bottom bezels. Though, how much the design will match to the actual device that is a question. But, the top & bottom bezels won’t be this thin for sure as then it will be impossible to fit in the Front-facing Camera in such a thin place. But, looking at the already almost completely leaked Mate 10 series, it should be an interesting design as well.

Also, as you can see in the down left corner of the device, there is a clear indication of Dual-cameras on the back. Though we cannot say if Honor is planning to put two Front-facing cameras as well. Anyway, there is also a Robot design on the second circle that indicates that, this device will be equipped with AI. So, undoubtedly the Processor will be the Kirin 970 just as the Mate 10 & Mate 10 Pro.

That confirms this device as Honor’s next flagship & it’s probably the Honor 10 as if you’ll look at that down left corner gain you’ll see the no 10 clearly (blended with the circles). So, it will be a successor to the currently existing Honor 9. Anyway, it’s an Honor device so, don’t expect a Leica branding on the Cameras.

So, the conference will take place in London on 5th December & that probably makes UK the first country who will be getting the device. Other countries may get this device later on in 2018.

Huawei Mate 10 Pro May Also Have Support For A Dedicated Stylus ! 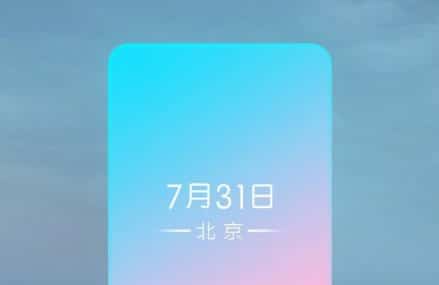 Honor Note 10 Will Launch On July 31st At Beijing 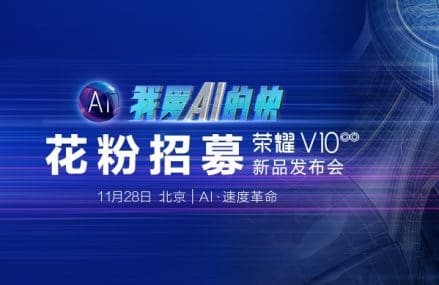 Honor V10 Will Launch On 28th November In China With AI Capabilities !